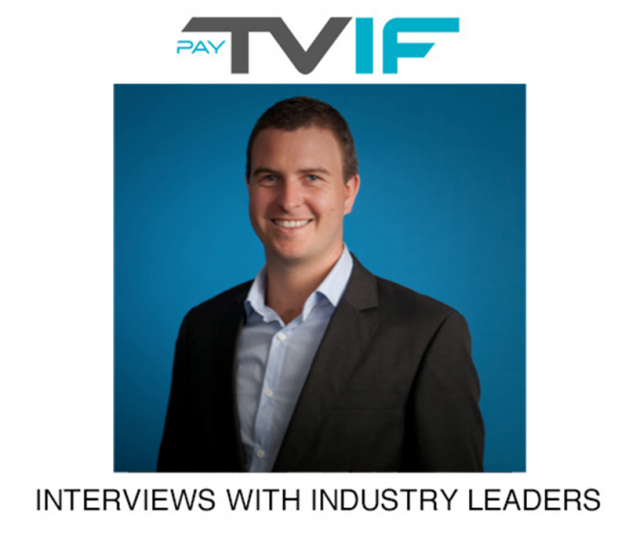 Richard North, Chief Strategy Officer, and Alex Borthwick, Head of Subscription Sales and Marketing for RugbyPass, share their views on the future prospects for OTT sports streaming services, including challenges specific to APAC.

As part of the programme, we are publishing a series of interviews with leading TV industry executives from around the world to explore their views, perspectives and experiences of innovation. In this interview, Richard North, Chief Strategy Officer, and Alex Borthwick, Head of Subscription Sales and Marketing for RugbyPass, share their views on the future prospects for OTT sports streaming services, including challenges specific to APAC.

What key trends do you see shaping the APAC markets?

AB: The growth opportunities are greater here than in Western Europe: broadband and smartphone penetration is growing more quickly, and the OTT market is at an earlier stage of development. The prevalence of smartphones is also important: almost all OTT video is consumed through phones, whether watched directly or cast to a TV.

In addition, there is potential for major new players to enter these markets – as illustrated by Facebook’s attempted acquisition of the Premier League rights in south east Asia (even though the deal ultimately fell through).

Where do you think the real value lies? In live coverage or on-demand content?

AB: Live is key, but on-demand content has a role as well. Consumers may miss the live match but still want to watch it, especially with European rugby matches that kick off at midnight (or later) Australia time. Consumers want the option to watch at a time that is convenient for them.

Is there a danger of similar levels of rights inflation in APAC to what we have seen in Europe?

AB: Tier 1 sports rights are very important to many of the telcos and pay-TV operators. If Singtel lost the rights to the Premier League, I can't imagine how much longer its business would remain sustainable. As a result, it is prepared to pay enormous amounts for these rights, offsetting the costs against profits from their mobile phone and broadband businesses.

In contrast, pure OTT players like us can only pay what we think rights are worth, because we don't have anything to offset those costs against.

To what degree is churn a major issue, and how are you dealing with it?

AB: Churn is always an issue. For example, we see significant drop-offs in our subscriber numbers at the end of the Six Nations.

Our response is to test and iterate our offer, so as to find the right balance between giving customers the flexibility they need, whilst maximising acquisition and minimising churn.

In general, customers want the flexibility of shorter packages. During the Heineken Cup last year we realized that we could triple uptake through the last few weeks of the competition by launching a weekly pass. This is great for acquisition, of course, but the majority of these customers churn off as soon as the season ended.

In contrast, we removed the weekly pass during the Autumn Internationals last year. The objective was to reduce churn, but we found that whilst people will buy the monthly pass, they are not happy because it is more expensive. We now think that it is actually more valuable to retain the weekly pass option, but just increase the price - people will pay because it gives them that flexibility.

How is the sports content industry having to adapt to drive engagement today?

RN: Many young consumers engage with their preferred sports through YouTube, Snapchat, Instagram and Facebook. It is important that we drive user engagement here through (for example) highlights and clips. However, rugby has been one of the last sports to adapt to YouTube – partly due to cable TV rights owners worries about piracy, but also because rights ownership is so fragmented across territories.

It is vital that we adapt to this new environment, empowering individual content creators to produce rugby content on these platforms. We need to recognise that individuals creating cool content mashups in their bedroom can play a key role in driving engagement among younger fans. We must move away from a world where individual rights holders can shut these people down, learning instead how to support and harness their work to the benefit of the sport.

How big a challenge is piracy?

AB: Piracy does exist and nothing will completely eradicate it, but you can reduce the threat. The Premier League has invested in an office of  piracy lawyers in Singapore, which is expensive but appears to be working.

We have less money to invest but can still make a big difference by focusing on getting our streams perfect. Rugby is predominantly watched by the expat community across Asia: for them, having a reliable, high quality feed is more important than saving money on a free but low quality feed.

What do you think is the future for subscription OTT sports in the next five years?

RN: We are in a transitional period before the larger scale aggregators consolidate and dominate the market.

Currently there are multiple players trying to exploit the growth in OTT, from the major telcos and pay-TV providers to a handful of specialist sports OTT providers, such as DAZN, who are trying to be the Netflix of Sport. Then there is another, highly fragmented layer of small, D2C and niche sport offerings.

As a result, the market is fragmented, which is not good for the consumer, who has to maintain multiple subscriptions, and not good for the OTT providers. These providers are all building their own technical and operation solution, which leads to unnecessary duplication. Almost all are losing money. Over the next few years we will see a consolidation in this landscape, with aggregators playing an increasingly important role in bringing the content together into bundles that work better for consumers.