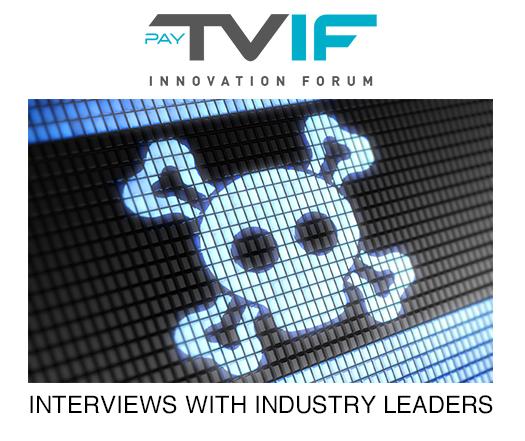 Industry executives from around the globe who have taken part in Pay-TV Innovation Forum acknowledge that content piracy has become a more significant issue in the TV and movie industry over the last couple of years due to a variety of reasons, including the emergence of easily accessible illegal IPTV set-top boxes, growing costs of pay-TV subscriptions, increased sophistication of pirates, and difficulties in measuring and tracking piracy.

In this interview, Ron Wheeler, SVP of Content Protection and Technology Strategy at Twentieth Century Fox shares his views on the threats posed by content piracy, potential industry responses and future developments.

NB: The views and opinions expressed in this article are those of the interviewee and do not necessarly reflect the view of Twentieth Century Fox.

What’s your current view of the threat posed by piracy?

While progress has definitely been made in the last few years, especially with the introduction and expansion of site-blocking around the world, piracy remains a major issue for content owners and distributors.  In some respects, it is actually getting worse due to growing usage of illicit streaming devices and associated services, which cost users real money and therefore target the same paying customers that legitimate broadcast and OTT services do. Usage of these pirate devices and services is particularly rapidly growing in Asia and certain parts of Europe, including the UK, where – according to a recent YouGov survey – fully 10% of the population now use illicit streaming devices to access illegal entertainment and live sports content, most of them having started doing so just in the past 12 months. Even in North America, where penetration has been thought to be much smaller, a recent study by Sandvine estimated that 6% of all households have Kodi devices configured to access infringing streaming services.  It is a very worrying trend.

Are there any other forms of content piracy that have exhibited a significant uptick over the last couple of years?

Usage of illicit streaming devices and associated services are the ones to show the most significant uptick, but there is another trend in content piracy that is worth mentioning. In certain territories like South Korea and China, Fox and other studios have started releasing movies earlier than usual on so-called “super premium” or “premium” VOD services. While this fights in-territory piracy by hastening the competition from legitimate in-home alternatives and is therefore a good thing, one of the knock-on effects is that high-quality copies of these movies become available online illegally sooner than they have in the past. This is a particular issue in territories outside the ones where the early releases are happening, because there is no legitimate alternative in those countries as of yet.  But even if we eventually get to a world of simultaneous or near-simultaneous early release worldwide, the high-quality source piracy will remain a problem everywhere.

Because it is higher quality than the pirate camcord files that come out soon after a movie is released, early-release content quickly becomes the most popular source of piracy for film content both inside and outside the territories where it is available. For studios, the goal must be to delay uploading of these illegal files for as long as possible, to maximize the appeal of the legitimate offering. This requires a multi-pronged approach, involving state-of-the-art technology solutions, warning cards to consumers, forensic investigations and responses, cooperation with authorities, and, finally, legal enforcement where appropriate. The technology element includes, in addition to the just-mentioned forensic watermarking, stricter requirements on digital rights management, secure video paths, no analogue outputs, and in some cases no PC playback. These types of measures make it harder for pirates to upload illegal files, while the forensic watermarking is intended to identify the small minority of bad apples that do so anyway for enforcement action.

What role to pan-industry initiatives and associations play in combating piracy?

I think they are a very effective enforcement vehicle, but there are still too many content owners and distributors that benefit from these pan-industry initiatives without contributing to them. In that sense, there is more to be done in terms of broadening the coalition of the willing. We need all content owners and distributors to adopt the latest anti-piracy techniques, to jointly lobby for legislative and regulatory changes where necessary, and to fund anti-piracy initiatives. We are still far away from that, but there has been progress, and if we do get there we will see a significant improvement in the effectiveness of anti-piracy measures.

How are pay-TV platforms and other content distributors contributing to the fight against piracy?

One of the things that has been gratifying is that formerly a rather antagonistic relationship between content owners and distributors has morphed into a more collaborative one, because pay-TV subscribers who cut the cord in favour of an illegitimate service hurt both content owners and distributors.  All parties have started to realise that we are in this together and all of us should be looking for best anti-piracy measures that will benefit everyone.

Are there any particular responses to piracy from government authorities that have worked particularly well?

It varies significantly by country, but I think the Police Intellectual Property Crime Unit (PIPCU) in the UK is a great model to follow. It has been in place for four years now and has become a well-oiled machine coordinating UK government anti-piracy enforcement efforts, as well as advocating for other jurisdictions to do the same. They have established a number of innovative programmes, such as the Infringing Website List (IWL) initiative. It is used to inform various participants and intermediaries across the online ecosystem – including advertisers, payment and hosting service providers, and search engines – about illegal activities of websites on the IWL. These efforts have already started paying off.  It would be great to see the PIPCU model emulated around the world, and there has been some encouraging developments in that regard.

What do you think are the greatest barriers to solving the problem of content piracy?

First of all, it’s not about getting rid of piracy completely, which is impossible, but, as in the brick-and-mortar retail world, rather keeping it at a manageable level. The biggest obstacles in fighting piracy have been increasing broadband speeds and growing ease of piracy such as the illicit streaming device phenomenon mentioned previously. However, my own view is a bit more optimistic as I believe that with forensic watermarking and improved enforcement capabilities, both in the private and public sectors, the technology arms race is a bit more even now than it used to be in the early days of P2P file sharing. People who fight piracy have not necessarily caught up with pirates in terms of technology yet, but I think that day is coming.

Are there any specific developments in the anti-piracy landscape that you would like to see?

Forensic watermarking has so far been mainly used in early release windows and for live sports content, but there is no reason it could not and should not be extended beyond that. 4K UHD content, particularly HDR content, is also an excellent candidate for widespread use of forensic watermarking, because these are the highest-quality sources of pirate files possible. But there is no reason to confine forensic watermarking even to just early-window, live sports and 4K VOD/EST content. It should be used more widely for a variety of content, including “early” SVOD or even late-window content. Ideally, what I’d like to see is forensic watermarking being used for every service that has identifiable subscribers. That day is many years off, but is a worthy goal toward which all content owners and distributors should strive.