OTT Streaming Standards: What are They and What's Coming Next? 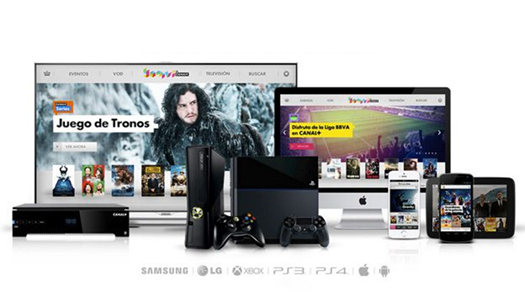 In addition to the challenges pay-tv service providers face in maximizing device reach, there are also several complex technology-based challenges that need to be considered to ensure the delivery of a high-quality video product. One of them, and not the least, is the selection of a reliable OTT streaming standard to provide an optimal solution in a complex and fragmented environment.

NAGRA has significant expertise in this area being involved in the DASH standardization effort as well as being the lead editor of the recently released content protection information exchange format (CPIXF), a specification that allows DRM license service providers to perform easier pre-integration with other components of the streaming backend such as encoders and CDNs, hence delivering significant cost savings while improving time-to-market and agility. In our latest post, we look at the different standards and new alternatives and how service providers can leverage them to make the most of their OTT service.

Standards and Fragmentation: No Panacea
Video streaming over the Internet has evolved tremendously over the past decade. Adaptive bitrate (ABR) streaming formats such as Apple HLS and Microsoft HSS have emerged, along with AES encryption and interoperable DRM products. Despite this, there has been considerable fragmentation in the streaming formats and DRMs that are implemented on specific devices, creating the need to re-encode and re-encrypt content several times in order to reach as broad a range of devices as possible. While more recent origin servers allow to re-encrypt content on the fly, hence removing the need for ever-increasing storage, having to deal with many different versions of the same content still adds operational complexity.

The video and pay-TV industries have tried to confront this situation by creating a common format through the DASH Industry Forum, created in 2012. The vision here involves the combination of the DASH adaptive bitrate streaming format with the CENC common encryption scheme for protecting content.

In addition, feature fragmentation both from a DRM and Video Player perspective are also an issue. Indeed, while modern browsers include a video player and support for a DRM, the supported feature set varies from one browser to another. For instance, one given subtitle format supported on one browser is not on another.

"SERVICE PROVIDERS SHOULD ASSUME THE CONTINUATION OF A FRAGMENTED MARKET AND PLAN TO PROVIDE AN ABSTRACTION LAYER – IN THE FORM OF A SECURE PLAYER SOFTWARE CLIENT – TO MANAGE THE DIFFERENT STANDARDS AND PLATFORMS." - S. Trudelle

DASH and CENC as New Alternatives
CENC allows encr yption to be done once, with decryption performed across multiple DRM clients as required. In theory, this allows a substantial reduction in the complexity of both content preparation and packaging workflows. A single secured file can be played out across multiple devices which each support a specific DRM client product.

In practice though, fragmentation remains extensive. Apple, for instance, imposes its own HLS streaming standard on its devices and has not yet adopted DASH. In addition, some legacy CE devices with older generation browsers do not natively support DASH and rely on NPAPI Microsoft or Adobe plug-ins to play back DRM-protected content. Moreover, the different options that one can select within the DASH specification can also lead to fragmentation, as the specification provides the choice of several audio codecs, different encryption schemes and other specific features.

The positive news is that DASH has started to replace legacy Microsoft HSS and Adobe HDS formats and is expected to become the industry standard ABR format. The very nature of next-generation streaming standards is to decouple the file format from the actual DRM used and ensure that multiple DRMs can coexist.

Indeed, we can expect to see more devices emerge with their own native DRM when it makes sense for the device vendor.

Planning for Evolving Standards: Staying Pragmatic
The technology industry is notorious for defining “standards” that take several release cycles to dislodge previous-generation technologies. In this context, it would be wise for service providers to take a pragmatic stance and consider that standardization is always likely to be a highly desirable outcome rather than a sure reality. So they should assume the continuation of a fragmented market and plan to provide an abstraction layer – in the form of a secure player software client – to manage the different standards and products.

To find out more about selecting an OTT standard and which one would be best for your OTT service, download our latest white paper “Optimizing Multiscreen TV Delivery with a Secure Video Player” and contact us at dtv.nagra.com to see how we can help.