No Time To Die For Hollywood 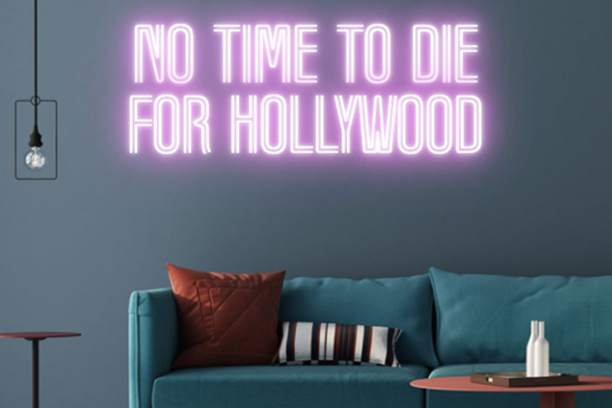 Olivier Biot shares his views on how Studios are fighting piracy in the direct-to-streaming era as they cannot rely on just one tactic. They need to invest in multiple lines of defense and execute the right anti-piracy strategy.

18 months! As I was driving home after watching the new James Bond movie, I was thinking about how it was delayed 3 consecutive times from the original April 2020 release date. Not only is it highly frustrating from a “viewer” and James Bond fan point of view, but it clearly shows the dilemma from studios, and by extension theatre owners, with regards to those big blockbuster movies, and the stress the pandemic has been putting on the whole industry.

Now, even though cinemas have gradually re-opened, capacity is still not back to the pre-pandemic level and it’s then no wonder that the industry has been looking at an alternate route, with the introduction of a hybrid simultaneous distribution model for the big screen and streaming services.

And it looks to me that this hybrid distribution model, and PVOD specifically, made initial strong returns during the pandemic, as opposed to movies like No Time to Die that has only seen a cinema release that so far is falling behind its predecessors (opening at 56$M in the US and Canada). By comparison, a movie with a hybrid model such as Black Widow generated 60$M, nearly a third of its total revenue, thanks to Disney+ Premier Access. The only black cloud being that unfortunately the release was also heavily tainted by piracy, with the movie being the number one pirated title right after its streaming release that generated an estimated $50 to $70 million revenue loss, which is equitable to what was generated through the Disney+ Streaming platform.

So, while the market struggles with the business concept of new content distribution, it is clear that PVOD piracy is an issue that needs addressing in a proactive manner. Not only to protect the film asset, but as a means to protect recurring revenues from subsequent releases in direct streaming, where the piracy level is the highest. Today, there are multiple ways to fight piracy. Studios fighting piracy in the direct-to-streaming era cannot rely on just one tactic, they need to invest in multiple lines of defense and execute the right anti-piracy strategy.  NAGRA has recently explored this topic further through an e-book that not only reviews the challenges but also offers pragmatic approaches that will help to define and deliver an effective anti-piracy strategy.

By actioning such a pragmatic approach, the second week of a PVOD blockbuster’s debut - unlike what happened with Black Widow - could be as good as the first, with increased subscribers and revenue. A sign that countermeasures work, of happy investors and an industry that is stronger than ever. So, while it’s definitely no time to die for Hollywood it’s definitely time to change and adapt!

To learn more about the tactics, why don't you take a Threat Assessment and join my colleague Pascal Metral Legal Affairs NAGRA on Nov 12, 2021 at 3:50pm SGT / 8:50am CET in The State of Piracy Summit - Now We Have the Data – What Do We Do With It?