Kieron Edwards, Group Technical Director of Content Protection at Sky, shares his views on the threats posed by content piracy and Sky’s approaches to fighting it 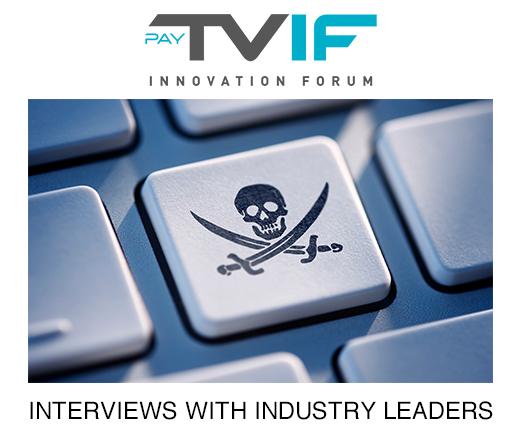 The Pay-TV Innovation Forum is a global research programme for senior pay-TV and content executives, developed by NAGRA and MTM, and designed to catalyse growth and innovation across the global TV industry, at a time of tremendous change and disruption. As part of the programme, we are publishing a series of interviews with leading TV executives from around the world to explore their views, perspectives and experiences of innovation and other important topics for the industry.

Industry executives from around the globe who have taken part in Pay-TV Innovation Forum acknowledge that content piracy has become a more significant issue in the TV and movie industry over the last couple of years due to a variety of reasons, including the emergence of easily accessible illicit streaming devices, growing costs of pay-TV subscriptions, increased sophistication of pirates, and difficulties in measuring and tracking piracy.

In this interview, Kieron Edwards, Group Technical Director of Content Protection at Sky shares his views on the threats posed by content piracy, Sky’s approaches to fighting it, recent developments across the global pay-TV industry, and future outlook.

What’s your view on the threat posed by content piracy to pay-TV businesses?

Back in the day, pay-TV piracy required a great deal of specialist knowledge and, as a result, was much harder to do. However, we have seen a sea change recently, which is due to a number of related technological changes. These include the leaking of the HDCP master keys, the rise of high-speed broadband, and the rise of computers that are fast enough to do video re-encoding on multiple screens at the same time. These changes have converged to create a world in which it is trivially simple to take the output from what was once considered a secure device and share it online. As a result of lower barriers to entry, we have seen a massive rise in people setting up illicit video services. However the industry has fought back, and over the last year in particular we’ve seen a number of real successes that have had a significant impact on the number of people pirating, which now seems to be reducing.

In addition to piracy becoming more accessible, would you say pirates have become more sophisticated?

The whole pirate “industry” has grown up and become well-organised and more commercial, with a lot of change happening behind the scenes. For example, there are various aggregated illicit streaming services that are retailing access to thousands of channels, which depend on well-established B2B-style marketplaces for source streams. Others have become really good at marketing themselves to consumers, leveraging social media platforms and pretending to be doing a good thing by donating part of their subscription revenues to charity. While some platforms have started to make it harder for the pirates, there is still a lot to do.

There is a perception in the market that piracy is much a bigger concern in other parts of the world than in Western Europe. How is piracy impacting the UK market?

The technology required for stealing content from an HDMI-connected device such as a set top box or a streaming box is the same across the world. It can now be considered a global service. There are a number of devices that will help you do this, starting from hobbyist-level through to highly professional ones. What is different is the degree to which TV platforms are able to respond to piracy. Leaders in this space have established well-managed conditional access systems, content fingerprinting techniques, and procedures for identifying, monitoring, and shutting down illicit video services. Leading content rights holders recognise the importance of these and other innovative anti-piracy approaches and increasingly TV platforms are adopting them, although uptake varies from territory to territory.

What has been Sky’s approach to fighting content piracy?

We have taken a multi-faceted approach, including legal, regulatory, educational and technical initiatives as well as working with various third-parties. We have worked with online platforms to make illegal content less accessible and with online retailers to limit the availability of devices that have clearly been pre-configured for pirated content. We have worked with absolutely everybody we could, hosting meetings with companies and organisations around the world to share learnings and best practices.

Has there been much progress in addressing content piracy over the last 12-18 months? Are there any particular responses or initiatives that have worked particularly well?

There has been a lot of positive change in the industry. People are much more aware of piracy, which has moved from being an ephemeral risk to a real front and centre issue for the industry. Content right holders are pushing distributors to up their anti-piracy game and, as a result, we are seeing major distributors becoming much more focused on effectively securing their platforms. It has become much harder to find illegal content on Twitter or Google and – thanks to the great work of the MPAA shutting down major Kodi repositories – the illegal streaming experience has become significantly less reliable than it was two years ago. In parallel, there has been a lot great work in the media, ensuring that people are now definitely aware that streaming pirated content on Kodi boxes is illegal and criminal. However, there is still a lot of work to be done across the value chain to reduce piracy and minimise leakage points.

In your opinion, will content piracy be more or less of a threat to pay-TV businesses in five years’ time?

Piracy will remain a threat, it is not going away. However, my target is to reach a point where piracy will require a much higher level of skill, effectively reducing the number of people who are able to engage in it and eliminating hobbyists who can pirate content without having to continuously manage and update their approaches in response to anti-piracy action.