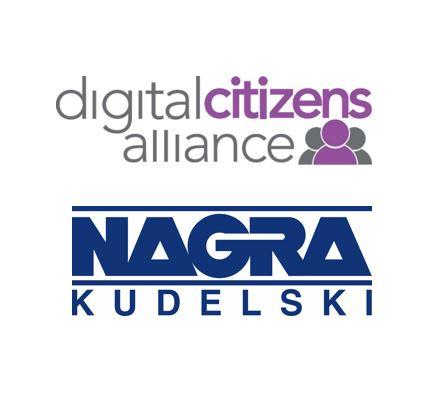 The report brings into focus lesser known aspects of the pirate subscription IPTV ecosystem and raises alarms about how piracy poses personal and financial risks to consumers.

Washington, DC, August 6, 2020 – Digital Citizens Alliance and NAGRA jointly released today an investigative report showcasing how illegal piracy subscription services in the United States have grown into a billion-dollar industry that steals from creators, circumvents legitimate TV operators, and poses risks for consumers. “Money for Nothing” details how a sophisticated ecosystem of thousands of retailers and wholesalers–through content theft and enabled by legal businesses–provides illicit piracy services to at least nine million U.S. households.

At over $1 billion, so-called pirate subscription Internet Protocol Television (PS IPTV) services represent a large–and lucrative–illicit U.S. industry. The report brings into focus lesser known aspects of the pirate subscription IPTV ecosystem, examining infrastructure, supply chain, revenues and profit margins, as well as ad-financed pirate IPTV service business models. It also raises alarms about how piracy poses personal and financial risks to consumers, from malware spread through pirate apps to distribution of unlawful content that may put viewers at risk, such as terrorist channels that are banned from being broadcast in the United States.

“When it comes to piracy, the scope of the risk to consumers, small businesses and others is in direct proportion to the size of the industry, which is why we need to stop the reach and depth of this ecosystem before it grows even bigger,” said Digital Citizens Alliance Executive Director Tom Galvin. “This report underscores how outdated laws and a lack of focus and enforcement has let thieves, hackers, and scammers create a major criminal enterprise.”

“Understanding the impact and tactics involved in the business of subscription IPTV piracy outlined in this report is the first step in addressing the evolving fight to protect content, the most valuable asset in the media and entertainment industry,” said Michael Sharp, Director, Data Analytics, Anti-Piracy Services for NAGRA. “We applaud Digital Citizens Alliance for bringing the issue to light as we continue to support content owners and service providers in effectively disrupting pirate activity–through our expertise, our wide range of anti-piracy solutions and the intelligence we have gathered over years of examining piracy ecosystems–to ultimately keep viewers in the legitimate content value chain.”

The “Money for Nothing” report, which relied on NAGRA’s decades of experience in investigating how piracy has evolved and grown, outlines an elaborate ecosystem:

In addition, the report highlights how pirates generate revenue by partnering with hackers to install malware within free apps that expose consumers to risk of theft of their personal and financial data, cryptocurrency mining, adware, ransomware, and botnets using computers to perform distributed denial-of-service (DoS) attacks. These risks have been documented by Digital Citizens Alliance and warned about by the Federal Trade Commission.

NAGRA also found a scheme where the residential Internet connections of pirate IPTV customers could be turned over to other users–who could potentially use them for illegal activities beyond their control, such as accessing child pornography, committing fraud, or participating in cyber-attacks. And in an alarming development, illegal IPTV services enabled Al-Manar, a channel labeled a “Specially Designated Global Terrorist entity,” to skirt a U.S. ban. While these issues are not the focus of the report, Digital Citizens Alliance intends to conduct further investigation, and ask the US federal authorities to investigate this.

“Given that some players offering Piracy Subscription IPTV services openly brag about their profits online, it’s clear that law enforcement is not their biggest concern. That is in part due to outdated laws. Given that piracy is not only a source of revenue loss to creators but an established risk to consumers, it’s time to take this billion-dollar black market seriously,” said Galvin.

About NAGRA
NAGRA, the digital TV division of the Kudelski Group (SIX:KUD.S), provides security and multiscreen user experience solutions for the monetization of digital media. The company provides content providers and DTV operators worldwide with secure, open and integrated platforms and applications over broadcast, broadband and mobile platforms, enabling compelling and personalized viewing experiences. Please visit dtv.nagra.com for more information and follow us on Twitter at @nagrakudelski.