NPVR: A MUST-HAVE FOR A HYPER-CONNECTED WORLD 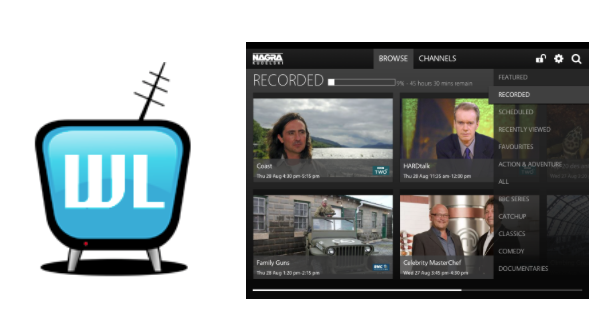 Never missing a favorite show while not at home was one of the killer features that brought millions of Betamax and VHS recorders into consumer homes three decades ago, forever changing the TV experience for a whole generation of TV viewers.

More than ten years ago, with Hard Disk Drive (HDD) technology becoming massively affordable, pay-TV service providers successfully launched HDD PVR set-top boxes.  These HDD PVR offerings have proven to be very attractive, with a large majority of consumers signing up for the new devices that have added amazing convenience and superior image quality to the TV recording experience.

Today, with cloud and multiscreen TV technology becoming a market reality for the pay-TV industry, a third form of PVR solutions - network PVR (nPVR) - is now hitting the market with an equal potential for transforming how pay-TV is enjoyed and consumed.

Network PVR technology is taking the “record and playback later” concept to new heights with full access to any program, broadcast at any time from any channel delivered by the pay-TV operator.  nPVR recordings can be enjoyed on TV but also on any device inside or outside the home, as long as broadband network access is available and proper content protection is assured.  This enables an exciting new range of usage scenarios that are particularly attractive to both screen-addict digital natives and Betamax-generation baby boomers!

And that’s just the beginning. nPVR gives control to the viewers to watch their favorite shows at any time, across the full line up of TV channels delivered by the pay-TV operator.  By centralizing recording online in the cloud, dependency on the availability of set-top box hardware, or access to it, is greatly reduced, while multi-device access to recorded content becomes ubiquitous.  Imagine automatically recording your favorite shows and accessing them later on a tablet outside of home or on a big screen in your living room.  Extending the concept further by smartly mixing linear and on-demand content, as showcased by NAGRA at IBC with its Watchlist demo, the nPVR technology then gives viewers a new powerful handle on their TV experience.

What’s more, nPVR allows viewers to even watch programs they forgot to record by letting them browse backward into the program guide, offering “catch-up” TV services on a broad scale across all programs and channels, allowing even simultaneous multi-channel recording.  The technology also gives instant access to content broadcast over the past seven days while allowing booking for the next seven or even further ahead in time in the case of series bookings.

Looking ahead, the nPVR platform can be used to provide downloading of content to portable devices for offline consumption, fully extending the reach of the pay-TV experience.

From a service provider’s perspective, the nPVR solution offers flexible business model options, allowing providers to define different pricing packages for a determined, fixed amount of storage or a number of recorded programs.  Broadcast advertising is retained too, which reassures broadcasters, and time limits on recordings can also be set to address specific content owner requirements.

An nPVR platform is by definition a highly scalable solution leveraging OTT TV technology, with flexibility for the service provider to evolve deployment parameters, such as the number of recorded channels, as the service take-up accelerates.  It is also highly automated and efficient, packaging content for delivery only when requested, helping reduce operating costs.  It can be deployed or leverage NAGRA Cloud platform capabilities, or a combination of both, so service providers can then further take advantage of the cloud TV pay-as-you-go business model.

Above all, as for the HDD PVR STB, it is a powerful churn reduction tool, as viewers get used to the convenience it provides and are reluctant to let go programs they would like to re-watch later.  Delivering innovative ways to access and consume premium TV content is the best way for pay-TV service providers to also fight off OTT competition from Internet disruptors.  In essence and in this context, nPVR technology is becoming a “must have” in the hyper-connected broadband world now unfolding in major markets around the world.