Our session at the Bitmovin Live event in March focused on Eventive, the leading virtual cinema platform, and why they chose to protect every film on their platform with the brand new forensic watermarking solution provided by NAGRA and Bitmovin.

I’ve written a fair amount about watermarking and how it is used in the fight against piracy – particularly so since the world has entered it’s ‘age of confinement’ due to the pandemic and the demand for streaming content has risen dramatically – and with it of course, its rather awkward bedfellow piracy has also seen a marked growth as consumers chase the latest seasons or back catalogues of their favourite shows given the severe reduction in content being created.

So, whilst it’s true that video service providers have their hands full dealing with the seemingly never-ending game of cat and mouse against the pirates, it’s often forgotten that there’s also a whole sector of the industry that has been equally blighted by recent events.  This sector represents small independent producers and filmmakers whose source of income has depended on the successful screening of their latest content at a network of film festivals.

With the pandemic making physical film-festivals a no-go the industry has moved online which has demanded a new operating model both in terms of how to monetise content and also to protect it from the prying eyes of the pirates.  Companies like Eventive, who NAGRA has been working with to provide both multi-DRM and forensic watermarking services as part of its Active Streaming Protection toolset, saw this trend early on and took action to systematically update their operations to ensure that independent film makers were able to focus on featuring their content at virtual film festivals rather than having to worry about the finer points of securing it.

Commenting at the recent Bitmovin Live event on a panel with NAGRA and Bitmovin, Iddo Patt, co-founder of Eventive commented, “One year ago, in March 2020, as the world went into lockdown, we looked for a virtual film festival solution but with no apparent solution, we created our own.  Our security journey started with multi-DRM but with 850 organisations involved across all the touchpoints of our offering, we quickly realized that this could also provide an attractive lure for pirates.  This meant that we needed a more robust anti-piracy approach which gave us an opportunity to create an innovative solution with forensic watermarking”.

As important as the need to secure content in this way is the need to continually educate consumers as to the impact of piracy; whilst your average consumer may think they’ve lucked out by seeing new content for a fraction of the price they were expecting to pay, the impact on the industry is considerable when this is scaled up – and particularly when pirate organisations get involved.  Put simply and bluntly, piracy erodes the very thing that everyone is after in the first place – the money with which to create high quality content.

It is for this reason that industry collaboration is key.  As my colleague Sander van Leeuwen, Sales Director at NAGRA commented during the Bitmovin Live event mentioned above, “Piracy is a global problem and it affects everyone in the value chain so content owners, broadcasters, sports rights holders and technology vendors need to come together in the fight against piracy and combine resources to create cases against the pirates based on unified intelligence from across the industry ecosystem. Such collaboration also has benefits beyond raising criminal cases as it can also be used to drive regulatory change too.”

To learn more and hear the full discussion from the recent Bitmovin live event watch the recording here. 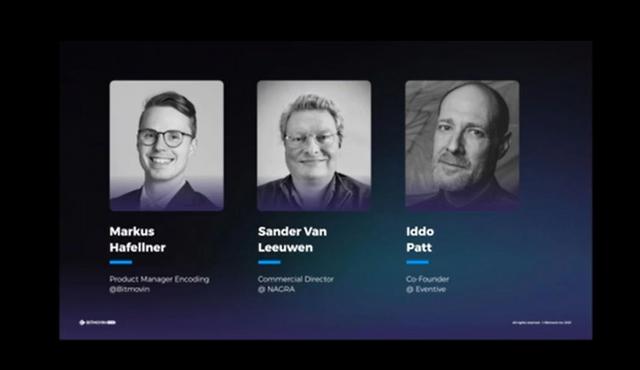 Watch the Bitmovin Live panel to hear from special guest, Eventive, the leading virtual cinema platform and first customer to implement this solution, on why they chose to protect every film on their platform.
Register, watch and enjoy!