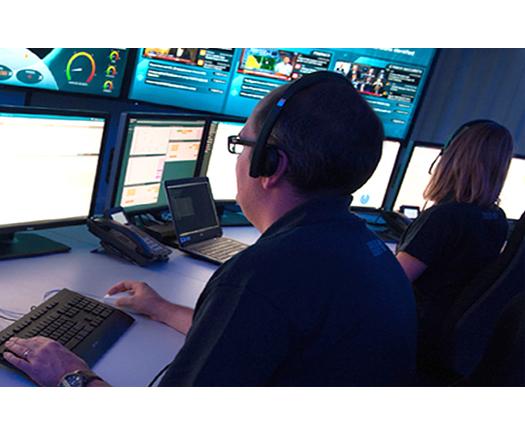 Cheseaux, Switzerland and Phoenix, AZ, USA – September 7 - NAGRA, a digital TV division of the Kudelski Group (SIX:KUD.S) and the world's leading independent provider of content protection and multiscreen television solutions, will showcase Kudelski Security’s latest anti-piracy services at the 2016 IBC Show, from September 9-13, 2016. Kudelski Security will be co-located with NAGRA on Stand 1.C81. Kudelski Security, a trusted advisor and cybersecurity innovator for the world’s most security-conscious organizations, provides its anti-piracy services to customers of NAGRA content protection technologies as well as to other content owners and distributors.

Kudelski Security anti-piracy experts will provide insight and further understanding of the media piracy ecosystem, which has largely shifted to the Internet and evolved with emerging technologies and consumer trends. Demonstrations will show how Kudelski Security’s automated systems address the most challenging problems faced by the media and entertainment industry, including content sharing and key sharing forms of piracy.  Content owners and distributors will get a better understanding of how they can combat piracy in their regions by using Kudelski Security services to disrupt piracy supply and demand, making it unattractive, unprofitable and a risky business to be involved in.

“Content sharing devices are today’s greatest threat to the revenue of content owners and distributors, as they bring all premium content to the big screen and deliver an increasingly smooth user experience.” said Frédéric Guitard, Vice President, Media Security Services. “Kudelski Security offers services that respond to all forms of piracy, combining technologies and law enforcement efforts to protect the reputation, consumer data and the revenue of content owners and distributors. Our services blend seamlessly with NAGRA’s content security solutions to offer holistic content protection to pay-TV operators. We look forward to sharing our expertise at this year’s IBC show.”

At the IBC this year, Kudelski Security will share with its customers and prospects the progress made in the battle against major pirate organizations worldwide, which is an essential pillar of our anti-piracy strategy. We will share detailed information on our latest victory against the largest global pay-TV pirate organization and how it has allowed us to disrupt local pirate operations in our client’s territories. Kudelski Security will also unveil a new version of its Intelligence and Monitoring Portal, which provides customers with a real-time view of the pirate services distributing their licensed content, as well as a rich database of intelligence on the piracy ecosystem and its players.

Further information can be obtained from NAGRA - Kudelski Security’s white paper "The New Face of Pay-TV Piracy and How to Fight It" which can be found here.

NAGRA’s latest range of total content protection technology and services addressing a broad variety of service provider use cases will be demonstrated on the NAGRA stand, Hall 1.C81, at IBC 2016 in Amsterdam (9-13 September 2016). For more information on NAGRA’s IBC presence, please visit dtv.nagra.com/ibc.