NAGRA Blog: Today's TV is an EC(OS)YSTEM, not simply an OS 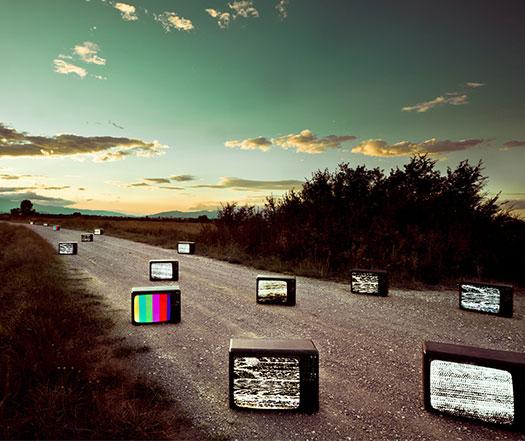 The SDOs (Standardization Development Organisations) have, for years, tried to promote a homogenous middleware solution – however they have faced numerous challenges. Not only are there many different international TV and telco SDOs all working at cross purposes; whenever a standardisation specification comes close to being finalised, new technologies are developed that negate their attempts. Other political and commercial factors also pose their own unique challenges, when breakaway groups offer alternative solutions. Most notably, this happened when HbbTV formed outside of the DVB who were pitching a Multimedia Home Platform (MHP) as a solution. As a result of these and other hurdles, the TV industry has never managed to agree on a single worldwide solution for the TV receiver.

Furthermore, many commentators still talk about middleware as if it is the unique element that powers advanced TV functionality. But while middleware is important, it is no longer the central part of today’s complex TV ecosystem. The more important question now is: “What features and functions do consumers want from advanced TV?” This means we need to stop talking about components and think more about the elements that drive the business. The features that will enable tomorrow’s advanced TV businesses, such as catch-up, start-over, n-PVR, casting, download-to-go, are intrinsically back-end bound. But adding these important proprietary products to an open-standard or open-source device means they are no longer stand-alone products; instead, they become partially proprietary.

Yes, it is true that middleware is considerably different today to the pure proprietary products of the past. The way it’s packaged and bundled differs greatly to the ‘broadcast middleware’ of the 1990s which was broadcast only and local PVR-centric. Today providers increasingly use open source components, such as Linux Distribution, Javascript, and HTML5, with an emphasis on hybrid or broadband-only setup, which could be considered partially proprietary

Many now claim that Android is in a position to become the open source middleware of the future. Although Android is on the rise, it is far from the dominant solution, despite its many attempts to launch into the TV market. There are many reasons for this, including pay-TV operators need for ownership and control, differentiation, and cost. And while Android’s big attraction comes in the form of apps, very few Android apps are actually used, or even relevant, for TV. Additionally, Android also becomes partially proprietary just like all other middleware when all the components of an advanced TV system, from UI to head-end and security, are bolted together.

Android also suffers from a fragmentation problem. For instance, Google demands that set-top box (STB) manufacturers follow a fixed three automatic upgrade scheme but offers no support after that. This implyies that an inbuilt obsolescence of the most important CAPEX driver of any pay-TV deployment may kick in early in the deployment life cycle. Moreover, there is a question mark over whether advanced services in the form of applications and even security could potentially become misaligned with the middleware as support disappears. This would cause both the TV industry and the consumer major issues. On the other hand, a fully-managed pay-TV solution gives consumers a guaranteed and supported solution as well as the all-important quality of service that consumers expect. After all, it is their fees that pay for that subscription.

As advanced TV advances – with more features and services than ever before – the complexity and cost of the systems and STBs grow with it. When faced with the obstacle of complexity, large and small pay-TV providers differ in their solutions. Large pay-TV operators seeking to differentiate themselves from the competition invest more in their STBs and associated platforms. And as they diversify into mobile TV everywhere offerings alongside their managed receiver software, they will need to integrate Android and iOS platforms into their systems. Smaller operators meanwhile are looking for lower costs of ownership and are therefore more likely to consider more basic, off-the-shelf products to deliver this. But this means giving up on differentiation and giving up ownership of the devices and software roadmap to third-parties. As always, the right solution is different for different markets and providers. There are always new technology options in the middleware space and some promise lower costs and quicker timescales than others. But the truth is that today’s market requires complex end-to-end solutions, not simply OS or middleware. With competition higher than ever, improving time-to-market and innovation while reducing CAPEX is a legitimate goal. But operators must always remember not to overlook equally legitimate concerns – from security to  an increase in OPEX – in pursuit of these aims.