NAGRA Blog: How are new piracy trends impacting the soccer industry in Spain? 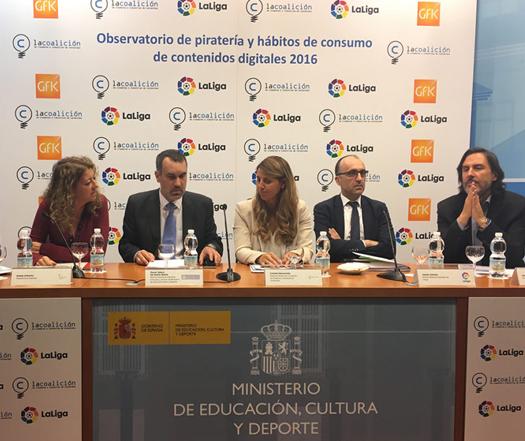 Though digital piracy has experienced a slight decrease in Spain in terms of absolute numbers, the new ways pirates are gaining access to soccer content is still a major concern for the industry. According to research carried out by Gfk, the soccer industry experienced an estimated of €271M profit loss in 2016.

Facts and figures on the Spanish Soccer Industry

In 2016, a total of 122 million soccer games were watched illegally in 10 percent of Spanish households, one percentage point lower than in 2015. The market value of those retransmissions exceeds €369M. According to the corporate director of LaLiga Javier Gómez “Piracy across the Internet has decreased from 21 percent to 18 percent, between 2015 and 2016, in number of users, but we have detected new forms of illegal access to soccer content”.

Illegal streaming of live content over the Internet is becoming a growing issue, especially during major soccer events which are not only the biggest expense to broadcasters in this era of spiraling rights costs, but also inevitably one of the biggest targets of piracy. Due to their nature, search engines and social media networks act as accelerators in this new piracy landscape and play a vital role in helping consumers discover content online.

Building collaborative partnerships with these players is key in the fight against piracy and companies such as NAGRA can help by providing comprehensive security solutions that address the increasing online content sharing problem. By deploying an anti-piracy platform with global marketing intelligence and monitoring, operators can determine where piracy is occurring, the amount of piracy that is taking place, and who is actually watching the illegal broadcasts, all in real time. Such a solution can be used to embed crawling capabilities in social networks like Facebook and Twitter to anticipate trends in viewer habits and usage in regards to illegal content consumption.

Combined with NexGuard forensic marking, NAGRA provides the ultimate combination of technology, tools and services to trace piracy at its source and put a stop to it.

To learn more about online content sharing and other forms of piracy and how NAGRA can help, contact us at dtv@nagra.com.

Source of research and picture: