NAGRA Blog: All That Glitters is Not Gold - The False Promise of Illegal Content 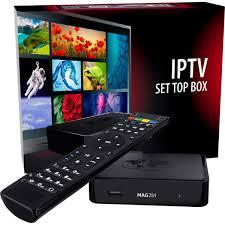 In a connected world, where people spend hours consulting their favorite apps and devices each day, unlicensed streaming has now become a bigger threat to digital content producers and distributors than P2P and cyberlockers, which until recently, were the preferred methods for pirates to upload and share content. Broadband ubiquity and the availability of consumer streaming solutions have changed this, fueling a new form of piracy that uses direct streams, commonly referred to as IPTV piracy.

The innovative apps and devices that were meant to invigorate the content industry have unwittingly invigorated the piracy industry as well, impacting the bottom line of sports rights holders, movie studios, television networks and pay-TV operators, and luring consumers with false promises.

In Brazil alone, while pay-TV subscriptions grew rapidly from 2011 to 2014, reaching 19.6 million in 2014, they have declined steadily since then to 18.6 million in 2017. Granted this decrease is partly due to economic crisis, but can also be attributed to the rise of inexpensive, accessible direct streaming services. Pay-TV companies are losing R$6 billion (US$2 billion) a year as a result, according to estimates by ABTA, the Brazilian Pay-TV Association [data relevant to all piracy activities].* And for consumers, all that glitters is not gold. Many cases are emerging of consumers getting scammed by pirates. For example, recent Brazilian media coverage has focused on a new and supposedly “bullet-proof” device that promises users access to all pay-TV channels for a one-time fee of of R$360,00 (approximately US$115). HooliTV, as it is called, promises to deliver premium content via streaming, delivered in HD quality. It advertises access to all the free and pay-TV channels that are available from main pay-TV providers as well as on-demand content (movies and shows). Sounds like a bargain right? But according to the security experts at NAGRA, HooliTV is actually a case of simple fraud. Consumers are lured by the opportunity of a good deal – in this case, pay-TV for free – and end up not receiving the services they’ve paid for, at all.

Unfortunately, the case in Brazil is not unique. An enormous number of apps and devices are being produced to meet consumers demand – especially among millennials and populations of large cities, who are hungry for IPTV services but also largely unaware of the repercussions of purchasing such devices.

Users that purchase these products without knowing their or legitimacy expose themselves to the risk of fraud and infringing copyright. Not only are many of the apps and devices illegal (according to ABTA), but they are also dangerous. Research by NAGRA on many of these apps and devices, indicates the presence of backdoors that allow third parties to access consumers’ private data and passwords.

Recently, NAGRA conducted an analysis of several devices available on the Latin American market that offer illegal access to pay-TV. Among the most popular pirate devices analyzed were HTV, BTV and FreeSky OTT, which are easily purchased in local shops or the internet, and simple to operate. NAGRA made some interesting findings. The software they analyzed in the apps was frequently modified to include code that would act without the user’s knowledge. A user who had downloaded the app could risk losing their password and private data. Their device could risk being requisitioned as part of a botnet. Or in a case that is worthy of the dystopia portrayed in George Orwell’s 1984, they could (with some Android Wi-Fi access point apps) expose all their pictures, files and bits and bytes of activity to hackers.

That’s a hefty price to pay for a few films, matches or TV shows. And IPTV piracy’s high profit potential means it won’t be knocked off its perch as leading distribution method, any time soon.

As the pay-TV and content industries, not just in Brazil but all over the world, feel the impact of IPTV piracy and direct content streaming, more and more companies are taking action to address the situation and turn the tide of piracy. Technical countermeasures are being implemented to protect the way content is transmitted and to disrupt pirate services. And if online chat rooms and Twittersphere are any indication of public opinion, users of pirate devices and services are getting increasingly impatient about content interruptions, poor quality, lack of support or a complete blackout of their favorite TV shows. Those companies and individuals behind the distribution of pirated content are also an increasing target for lawsuits, risking fines of millions of dollars and/or potential imprisonment. As always, consumer education is key. Many security companies such as NAGRA are involved in associations that promote user education. The focus on risk of personal data loss from direct streaming, may well have a greater impact on user behavior than the argument of right and wrong.

NAGRA’s holistic, end-to-end approach to content value protection helps our clients proactively fight illegal content sharing and return consumer spending to the legitimate value chain. If you wish to read more about the services we can offer to help you in your fight against illegal content sharing, please click here, or contact us at dtv@nagra.com.