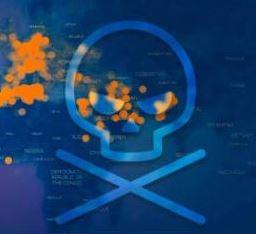 NAGRA’s role as a central player in the fight against illegal STBs and other illicit content distribution services was on full display at the 2017 NAB Show. Along with demonstrations of its anti-piracy services, which can both trace illegal content distribution and provide essential steps to prevent it, NAGRA’s Christopher Schouten, senior director of Product Marketing, presented a session entitled, “Examining the Cost of Piracy” at the NAB Show’s Broadcast Engineering & IT Conference.

These efforts come at an essential crossroads in the content delivery business. Increasingly, Hollywood players are pushing forward with early release windows for their product – a move that is making pirates all-the-more aggressive in their efforts to illegally distribute in-demand movies, TV shows and other entertainment options.

NAGRA brings a comprehensive solution to the table. This includes monitoring, STB and multi-screen security and forensic watermarking, which is a pinpoint option for identifying leaks and can be used at every step of the production and distribution process. NAGRA’s efforts have long been an industry standard, but they are increasingly serving as the go-to option for protection.

Just before the NAB conference, NAGRA and the International Broadcaster Coalition Against Piracy (IBCAP), which has more than 30 members representing more than 130 television channels globally, expanded its agreement to fight piracy in the U.S. As part of the commitment, “monitoring” labs will be created to identify illegal distribution of content via STBs, website and other streaming platforms. NAGRA will focus on not only detecting servers distributing pirated content from IBCAP members but also deliver resources for investigation and, when necessary, resulting litigation.

NAGRA’s work in this area is yielding tangible results. Buoyed by investigative work done by NAGRA, DISH prevailed in April with a judgment against Shenzhen Lool Tech Co., which was distributing a set-top system called the “Loolbox” in the United States. A federal court shut down sales of the product and gave more than $1 million in damages to DISH. Shortly after that, DISH, again with NAGRA’s assistance, shut down an unauthorized digital streaming and distribution effort by the providers of Shava and Cres TV set-top boxes and earned a $25 million award.

If you missed NAGRA’s demos on its comprehensive anti-piracy solutions at NAB, you can learn more in this NAGRA Anti-Piracy video interview or by contacting us at dtv@nagra.com.