Managing the VOD Explosion: A Land of Opportunity 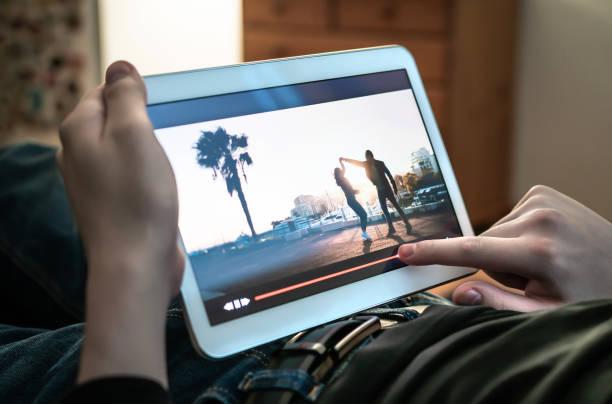 How are key stakeholders from the European Film and TV industry – rights owners, distributors, aggregators and VOD service providers – seizing the VOD opportunity to boost reach and revenue?

I was recently joined by a fantastic line-up of panelists where we discussed the VOD explosion we’re all currently seeing across Europe.  In the webinar we discussed the sea of opportunity that exists for producers and creators as new distribution opportunities are created and consumers service stack subscriptions to create their perfect viewing experience.  Built on a combination of local and international services, the market growth being seen shows that consumer demand remains as eager as ever.

The lower barriers of entry have created new opportunities alongside changes in proposition structure and market dynamics. If we look to the Nordic region in general, it’s always been a barometer of change thanks to the region’s appetite for foreign content, its ability to export Nordic content to other European countries and be an early adopter of new consumer propositions.  One example being the HBOMax launch that came to the Nordics first in October 2021.

But let’s also look at the content mix that today’s subscribers are favouring.  We discussed on the panel the growth of cinematic TV series and how, perhaps as a result of the forced cinema closures during the pandemic, appetite for this type of content has grown.  Providing high-quality content split across six or eight episodes not only extends the engagement period with the subscriber but also allows consumers to binge watch a mammoth amount of content should they so desire – therefore creating new consumer behaviours too.

“This has created a level of quality that we have not seen before on television” commented Marie Nilsson of Mediavision.  “However, for continuous growth, the perspective needs to be broadened beyond drama to documentaries, entertainment and factual as this represents genres not currently as discovered by consumers.” she continued.  Commenting further, SFAnytime’s Peter Ohman suggested this is just part of the cyclical process of consumption which is likely to revert in time and Lars Henriksen from True Content Entertainment added that with the absence of new releases over the last 18 months caused by the lack of production, a flood of content is hitting the market and will take a year or two for viewer behavior to stabilise.

When we look at this new catalogue of titles, it’s clear that marketing, positioning and catalogue curation have key roles to play.  We’re all used to seeing retail outlets exhibit large point-of-sale marketing displays and as Norsk Filmdistribusjon’s Svanhild Sorensen said “marketing [in the digital world] has a key role in helping to shape customer behaviour - and supporting, value-add content such as featurettes are critical to promoting new local titles.”

Lars then posed a key question, “With nearly 5,000 streaming platforms to distribute content to and promote, how do you attract audiences given the limited space that exists to advertise your content as consumers fly past in their scrolling?”  On this, the panel shared some insight as to the best approach which of course involves a much broader effort than simply distributing the content.  “You really have to do the hard work and identify your audiences and then target them via social media but this does take time and extra effort that we’re not used to” Svanhild suggested.  Peter Ohman agreed saying “New skillsets are required to market content in highly competitive environments across platforms such as Instagram and YouTube alongside traditional media marketing.  Each title or genre needs a slightly different formula to really target the audience otherwise you’ll waste a lot of marketing time, effort and money“ he cautioned.

Our panel covered a multitude of topics and ideas and what made it fascinating for me was the different angles that were covered given the different areas our panelists represented across production, distribution and service providers.  If you missed the webinar, I invite you to catch-up here and if you want to continue the conversation and hear how NAGRA DVNor can help you ensure you never miss a content delivery deadline again, please get in touch here or learn more here.