Managing the VOD Explosion and the New Opportunity Afforded by “Glocalization” 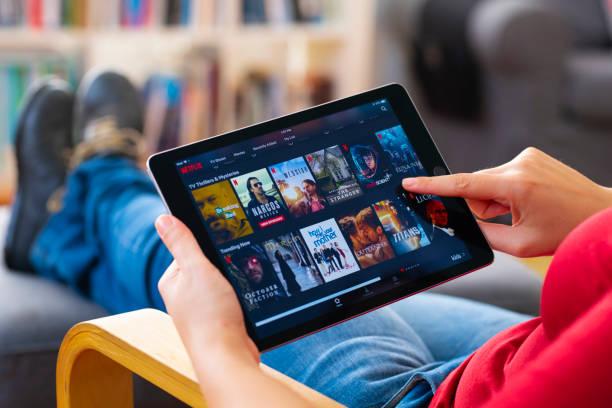 The ‘Glocalization’ approach, as it was referred to at MIPCOM, is on the rise. Learn more about what it means for our industry and content distribution in this blog.

I was out on a walk near my home recently and came across not one but two filming units working on new productions; one was for Netflix and the other for a new show to be broadcast on UK terrestrial.  Whilst in pre-pandemic times we were used to location units in the area, this frenetic production activity suggested a clear uptick.  When I dug into this in a bit more depth, it seems my suspicions were correct at the recent MIPCOM in Cannes it was reported that content creation is back with a whopping 48% increase in new drama series being created during 2020/21 for streaming platforms versus 2018/19–and with this increase also came a strong appetite for local productions too.

So, there’s clearly more content being produced - and talking to colleagues around the world, it seems that in the more ‘traditional’ shooting locations such as New York, you can’t move for production units either.  This is great news and brings with it not only new shows for us all to enjoy but also employment for a great number of people displaced by the pandemic.  Whether this activity is to replace the empty cupboards of new titles caused by the recent pause in production or this represents a new, broader base of content production required to stock the many new streaming platforms available to consumers today remains to be seen. But perhaps there’s one important trend that’s also gaining traction too.

In recent years, consumer demand for local content has seen productions shot specifically for a local market before they are then also distributed globally. This ‘Glocalization’ approach, as it was referred to at MIPCOM, is on the rise–in 2020, 53% more new non-UK/US drama series were launched on global platforms compared to 2019.   Such changes also bring with them several new challenges for the distribution chain – is local content produced in local language and does it need to be captioned/ dubbed for global distribution?  How does a local content producer access a more global market?  Which are the right distribution channels to focus on?  Which streaming platforms are going to provide the greatest returns?  What’s the optimum distribution mix between pay-TV operators and streaming providers?  What can be done to protect content investments against piracy?

To address these questions and others, I’m very much looking forward to moderating a virtual panel of industry experts from the Nordic content distribution industry on November 18th.  Including representatives from True Content Entertainment, SFAnyTime and Norsk Filmdistribujon we’ll also be getting some further industry insight from the team at Mediavision.  It promises to be a fascinating look at some of the challenges being seen today so why not join the discussion? To learn more or register to attend, visit our event page.