Laurent Perchais, Head of Strategy, Content Division at Orange shares his views on the role that telcos can play in the pay-TV market 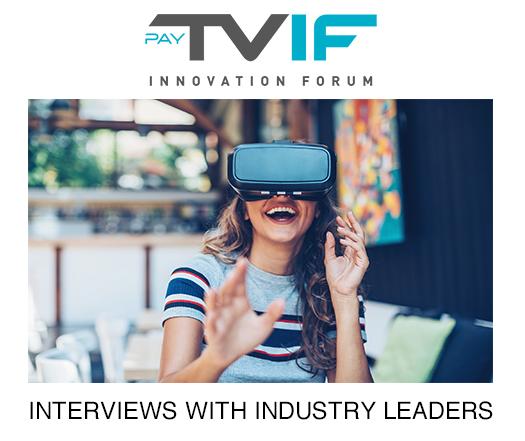 The Pay-TV Innovation Forum is a new global research programme for senior pay-TV executives, developed by NAGRA and designed to explore and catalyse innovation across the pay-TV industry, at a time of unprecedented change.

As part of the programme, we are publishing a series of interviews with leading pay-TV industry executives from around the world to explore their views, perspectives and experiences of innovation in the pay-TV industry.

In 2016, the Pay-TV Innovation Forum identified new types of content offering and content pricing and packaging as the two key areas of innovation for pay-TV operators to focus on over the next five years. 73% and 72% of global industry survey respondents, respectively, identified these two areas as the most attractive areas of innovation opportunity. In this interview, Laurent Perchais, Head of Strategy, Content Division at Orange shares his views on the role that telcos can play in the pay-TV market by becoming content aggregators and talks about the future of pay-TV content and innovative ways it could be priced and packaged to meet evolving consumer needs and behaviours.

Major telcos are increasingly entering TV and video markets – why is that? Do you think telcos have a competitive advantage against other market participants?

There are three key reasons why major telcos, such as Orange, are investing in TV and video. First of all, at Orange we’ve developed strong capabilities of selling content to consumers and we are now a legitimate and trusted content provider to our customers. In France we were the pioneer of bundling broadband with TV and have been doing it since 2003. France has a very high rate of TV and broadband bundling, which is still growing, and other European markets are following suit. Secondly, pay-TV is a massive business in Europe, almost as big as fixed-line broadband, which is a very good reason for Orange to be part of the game, given our pan-European presence. Finally, our network infrastructure and managed platform give us a technological advantage against our main competitors – GAFAs (Google, Apple, Facebook, and Amazon) – because we can efficiently deliver high quality of service for a live TV experience, which still accounts for around 90% of viewing in France and is out of reach for digital giants.

What TV and video strategies are telcos pursuing and which ones work best?

Every time we do a major strategic assessment, we ask ourselves: should we be a content player and if so how do we do it? Our vision and conviction is to be a content aggregator. We want to be the right partner for content providers, promoting and selling their content to consumers and delivering a great user and customer experience. The alternative model of vertical integration is much more risky, often requiring huge investment in content assets and delivering low returns, particularly in terms of telco KPIs, which are growth of broadband subscriber base and ARPU. I’m confident that content aggregation is the better model. However, many companies today, not only telcos,  are pursuing this model and trying to become the aggregator of choice.

Do you think telcos are well positioned to play the role of content aggregators?

Absolutely. Telcos have a strategic advantage against both traditional pay-TV providers and SVOD providers to become aggregators of choice. Vertically integrated pay-TV providers, such as Sky, are not willing to distribute SVOD services, such as Netflix, because they want to defend their incumbent content businesses. On the other hand, SVOD providers like Netflix do not want to aggregate linear TV channels due to high cost, among other reasons, and are limiting themselves to content available directly on their platforms. Telcos, however, do not have existing content businesses that they need to protect and have the technological agility to distribute linear TV channels over their platforms at reasonable cost. As a result, telcos are well positioned to bring the two worlds of traditional broadcast TV and OTT together.

Many pay-TV industry participants believe that we’re moving away from big TV channel bundles to skinny bundles and a la carte subscriptions. Do you see these models gaining traction?

It is true that there is a growing fragmentation of content, and  that people are turning away from subscribing to a large number of individual channels and/or services. In the long-term the one-size-fits-all bundles will disappear and we’ll see a transition to personalised content offers. These offers will combine both the content that consumers subscribe to at that moment and the content that they could get from the aggregator for an extra fee. Aggregators will have to accommodate the ‘dip in and out’ behaviour – for example, consumers subscribing to an SVOD service to watch a single season of a new TV show and then dropping the subscription – and to ensure that customers pay the right price. I think the pricing model behind this type of aggregation service might be similar to the Oyster Card used in the London Underground system, where you get volume discounts and have a cap on total fees. This might help to avoid consumers feeling they pay for something they do not watch, which currently happens with big TV channel bundles.

How much scope do you see for content innovation in pay-TV in areas, such as esports, virtual reality (VR), and mobile-first content?

Most of content innovation is happening on the Internet. Esports and short-form videos were born on the Internet and VR and 360-degree videos are primarily consumed on YouTube. As an aggregator, we’re trying to bring these innovations to the big screen. VR, in particular, is a major focus area for Orange and we are pioneers in this area, having established a VR experimentation hub - Orange VR Experience.

Many industry participants believe that attracting younger audiences is the biggest challenge faced by the pay-TV industry. How can pay-TV providers attract these audiences?

There’s a major debate about whether millennials will maintain their video consumption habits as they grow older or whether they will start watching more linear TV as they settle down start having kids. Regardless of the right answer, we’re seeing an underlying change in video consumption habits. As a result, we’re starting to focus on mobile and personal rather than household-level services. Similarly to the move from fixed-line broadband to mobile broadband, this would enable service providers to sell 2-3 subscriptions per households rather than a single subscription. However, despite the increase in overall volumes, monetising these personal services among younger audiences might prove difficult. The model is not there yet – you have to test and adapt. That’s why we’re seeing major pay-TV companies increasingly investing into new digital media services rather than trying to transform their legacy businesses to serve the needs of younger consumers.