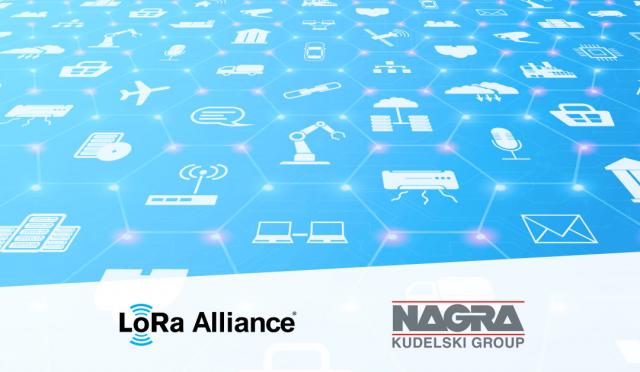 Cheseaux-sur-Lausanne, Switzerland and Phoenix (AZ), USA – September 22nd, 2020 – The Kudelski Group (SIX: KUD.S), the world leader in digital security, today announced that it has joined the LoRa Alliance, one of the largest and fastest-growing alliances in the technology sector since its inception in 2015.

LoRa Alliance’s members closely collaborate and share experiences to promote and drive the success of the LoRaWAN protocol as the leading open global standard for secure, carrier-grade IoT low power wide area networking (LPWAN) connectivity. With the technical flexibility to address a broad range of IoT applications, both static and mobile, and a certification program to guarantee interoperability, 143 LoRaWAN networks have already been deployed by major mobile and cable network operators globally, with continuing wide expansion into 2020 and beyond.

For more than 30 years, Kudelski has been conducting security research, security assessments and security certifications of digital systems, as well as implementing and operating end-to-end systems on behalf of its customers. This ensures Kudelski’s clients release products that are secure and launch with security that is sustainable over the lifetime of the product.

"LoRa Alliance is making critical contributions to creating a standardized, interoperable world for IoT solutions using LoRaWAN,” said Hardy Schmidbauer, SVP IoT for the Kudelski Group. “By working closely as a contributing member of the Alliance, we will both ensure LoRaWAN solutions are designed for scale, as well as helping to shape future security specifications that will ensure the long-term sustainability of the entire LoRaWAN ecosystem of products and solutions.”

“The members of the LoRa Alliance know that standardization and a strong, growing ecosystem is the only way drive volume deployments for LoRaWAN and IoT,” said Donna Moore, CEO and Chairwoman of LoRa Alliance. “Kudelski IoT’s strong expertise in the entire security lifecycle of connected products will provide valuable expertise to the Alliance and its members, as well as giving Kudelski access to a rich ecosystem of fellow solution providers it can work with to create integrated solutions that are secure, large-scale and global.”