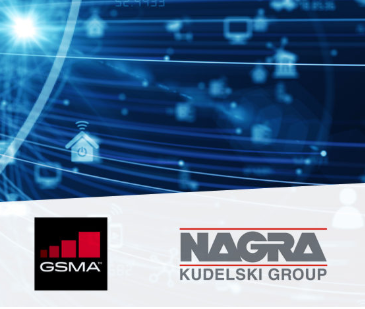 ABI Research predicts annual revenues from IoT services will hit $460 billion by 2026, driven by innovative new IoT use cases business models. Almost 70% of the devices implemented will be connected using cellular technologies, meaning that the various form factors for SIM cards will continue to play a vital, strategic role in IoT.

The Kudelski IoT Security Platform implementation of IoT SAFE supports all key features of the GSMA Guideline & Specification, supporting both pre-shared keys and PKI implementations. Kudelski’s platform will provision the SIM with long-term secret keys and manage the lifecycle of security credentials. In addition to end-to-end data encryption (at rest and in motion), Kudelski goes beyond the IoT SAFE feature set to enable remote management functionalitiesand cloud platform onboarding, authorization of premium device features, remote attestation and many more. It also provides fine-grained control over access to data both on the device and in the cloud.

“We have fully embraced the GSMA specifications for IoT security as they contain a number of key security design principles we have employed for more than 30 years to protect our customers’ premium business models on connected devices,” said Patrick Hauert, Vice President of IoT Security for Kudelski Group. “Supporting a SIM-based root of trust was one of the first security options we developed when we launched our platform last year, so it’s only natural for us to support IoT SAFE as one of the several form factors we offer.”

“For over 25 years the SIM has been the ‘Root of Trust’ for the mobile industry, its security constantly evolving over this period so that today the SIM secures over 1.4 billion connected devices*,” says Graham Trickey, Head of IoT, GSMA. “IoT SAFE extends the security capabilities of the SIM even further to secure new Internet of Things services end-to-end, underpinning a new generation of IoT services and billions of new IoT devices.”

More information about IoT SAFE – including a use case presentation from Kudelski and partner u-blox - can be found on the GSMA website.

The Kudelski Group (SIX: KUD.S) is a world leader in digital security and a provider of end-to-end convergent media solutions, including services and applications requiring access control and rights management to secure the revenue in digital television, internet, mobile and interactive applications. The Group also offers cybersecurity solutions and services focused on helping companies assess risks and vulnerabilities and protect their data and systems. It also supplies integrated solutions to manage access control of people and vehicles to sites and events. The Kudelski Group is headquartered in Cheseaux-sur-Lausanne, Switzerland and Phoenix (AZ), USA. For more information, please visit www.nagra.com.