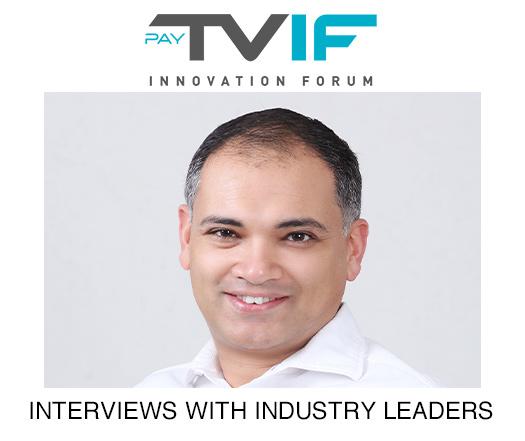 As part of the programme, we are publishing a series of interviews with leading TV industry executives from around the world to explore their views, perspectives and experiences of innovation. In this interview, Saugato Banerjee, Managing Director- North Asia for A+E Networks, shares his views on pay-TV trends in China, Japan and South Korea.

How do the pay-TV markets vary in the countries that you look after – China, Japan and South Korea?

The pay-TV markets in the region vary significantly: there is no meaningful pay-TV market in China, at least in terms of international branded linear channels; Japan has a 20% pay-TV penetration, low subscriber growth and high ARPUs; while South Korea is a saturated pay-TV market with more than 100% penetration and low ARPUs.

The nature of OTT services also differ in each market. Japan has high penetration of SVOD OTT services, including a strong presence from Amazon Prime and other local independent services. In South Korea, however, OTT disruption is being led by the telcos and major pay-TV operators. I expect to see further consolidation in South Korea, with IPTV players buying up cable operators and cable assets.

To attract audiences, how important is local content in the region?

In most countries, if you provide high quality content in the local language, with local actors and local scripts, then the population will gravitate towards that offering. Keeping that in mind, we aggregate content from local creators in South Korea, for example, to ensure our offer is relevant and appealing to local audiences. There will always be global blockbuster movies and series but they are limited in number in any given year.

However, we still see opportunities for licensing non-Chinese content in China. It is just such a big market - there are more than a billion people with access to the internet in China consuming video. Even if 1% of the population views international content, you still have an audience of more than 10m.

How does the nature of content piracy vary in each of the markets you cover?

The nature and threat of content piracy varies significantly in the markets that I cover. For example, Japan doesn’t really have a major problem with content piracy. There is more respect for content IP in Japan from distributors and consumers, and an existing culture of paying for content and waiting for the content to be made available in its scheduled window. There’s a reason it is one of the largest remaining DVD markets anywhere in the world.

Content is ubiquitous in Korea because of cheap data plans and superfast connectivity so piracy isn’t a major problem there either. However, Korea has strict content censorship rules so some content is heavily edited for release. As a result, you find super-fans go online to pirate the original version of the TV shows and films they love.

In China, the number one cause of piracy is censorship of content that is regarded as sensitive by authorities. If unavailable legally, audiences have a tendency to gravitate towards watching popular international film and TV content illegally. It is a big problem but not an unexpected one.

Do you expect to see new content aggregation models to emerge in the markets that you look after?

The focus of TV providers in Japan is retaining the core base of ageing subscribers. Innovation in the market might eventually lead to hybrid TV and VOD offerings, like MVPD’s offering OTT apps on their boxes, but the market isn’t ready yet. We actually are part of a group of content providers that has worked with an existing IPTV player to launch a linear skinny bundle – 30 channels delivered as a mobile/IP offering. It is an interesting option for traditional broadcasters who are asking themselves how they can increase penetration in to an audience set with a product resembling linear television, but with a lower ARPU.

In South Korea, given the strength of telcos and local content, I think we can expect a ‘super aggregator’ to emerge, bundling all offerings together. It could be an ‘OTT plus linear’ bundle through a single app, offering all linear channels plus local and international OTT offerings in one place. This would be enabled by South Korea’s great digital infrastructure, IP connectivity and 5G. The South Korean market is fairly price sensitive, so people make choices on services to keep and get rid of – if it was all bundled into one service and one price, they’d be less likely to churn.

What are the major technological innovations that will impact the TV industry in the next five years?

The rollout of 5G will have a major impact on markets in North Asia. Japan, South Korea and China are very much at the forefront of technological innovation, and 5G in particular. Advances in 5G will impact the whole video value chain, creating new opportunities around content creation and distribution: for example, self-driving cars creating new demand for in-transit video entertainment.