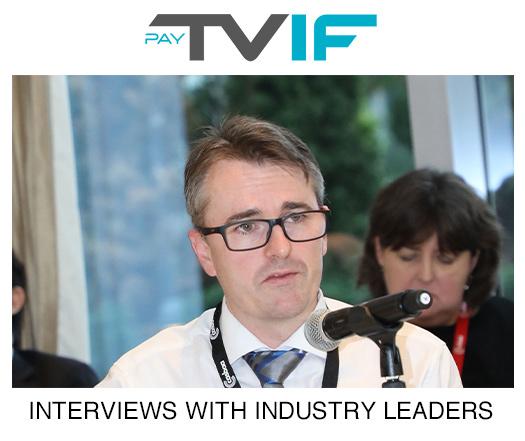 Aaron Herps, Digital Content Protection Manager for beIN, shares his views on the challenges of combatting piracy in Asia Pacific.

As part of the programme, we are publishing a series of interviews with leading TV industry executives from around the world to explore their views, perspectives and experiences of innovation. In this interview, Aaron Herps, Digital Content Protection Manager for beIN, shares his views on the challenges of combatting piracy in Asia Pacific.

What types of piracy threats are you facing in Asia Pacific?

Website streaming is still widespread and, in the more connected markets, illicit streaming devices (ISDs) are increasingly being used. The Malaysian government has identified these as a major concern and is now legislating to outlaw the sale of them.

The state-sponsored piracy of beoutQ, a pirate pay television broadcaster, is another significant threat. Since 2017, as a result of political disputes between Saudi Arabia and Qatar (where beIN is headquartered), the Saudi establishment has systematically promoted the theft of our content via pirated subscription channels on beoutQ set-top boxes which operates in (and delivers content to) Saudi Arabia.

What are the specific challenges you face in dealing with BeautQ?

The most significant challenges are legal rather than technical. NAGRA has done great work identifying Arabsat as the broadcaster of the beoutQ signal. Arabsat is a Saudi backed entity located in Riyadh, and the breakdown in diplomatic relationships between Qatar and Saudi Arabia inhibits our ability to combat this.

We are trying to build technical defences against piracy and pursue legal measures through the World Trade Organisation and by lobbying governments, but anti-piracy requires an industry-wide approach. We are spending a lot of money on chasing pirates, but some rights owners are just paying lip service. This can have a major impact on them: for example, we chose not to renew our licensing with F1 in response to the piracy we are facing in Saudi Arabia.

If you had asked me 10 years ago whether I think that availability, pricing and the breadth of content was a driver of piracy, I would have said absolutely. But now there are a vast array of options for consumers, yet we are still seeing piracy.

Language availability is important: there is a large diaspora of people from all around the world who want to access content in their own language. But content is increasingly being made available in different languages and piracy is not abating. For example, in Australia, even though there is legitimate Arabic content available, pirate services are still taking content from our beIN MENA service, as well as content from other Arabic broadcasters, and broadcasting it in Australia.

In terms of pricing and bundling, Foxtel have launched Kayo Sports, which is now $25 a month for every sport on their service. This sports-only package is less than 20% of the cost of their traditional fee for the full satellite service - it’s cheap, and content-specific - but people are still pirating.

How does the rise of mobile viewing and video viewing on social media impact the challenge of combating piracy?

As countries start rolling out 5G we're going to see a lot more users viewing video on their mobile devices outside their home – and piracy will inevitably increase with that.

Piracy on social media presents interesting challenges due to how easily and quickly users can spread content. However, we are confident we can mitigate the threat of piracy on social networks with effective legislation and the support of social media networks. To their credit, Facebook and YouTube have been doing a lot here - they both have capabilities to allow us to match our content against similar pirated content and block it or take it down.

In Thailand, there are Facebook groups sharing videos of premium live sports that have over a million members. The only way to find this content (unless you're invited into that group) is to actually ingest our content in real-time so we can find those videos as they are broadcast and take them down.

Is collaboration to fight piracy improving across different stakeholders?

The Coalition Against Piracy (CAP), made up of broadcasters and other rights owners, has been effective in improving enforcement. For example, in Thailand last year, CAP was part of a raid against a large Thai syndicate that was broadcasting to over 50 websites. They raided 19 properties in one day, which is something that I've never seen happen in Asia before. CAP has also been helping broadcasters engage in dialogue with social networks collectively rather than individually. We need to coordinate our message to make sure we are asking for the same things. If we can narrow down our focus to a few key points and work together, the end result is going to be much better. As with lobbying in other areas, if your demands are too broad, you run the risk of ending up with nothing.