IBCAP works with its members to shut down IPTV Pirates 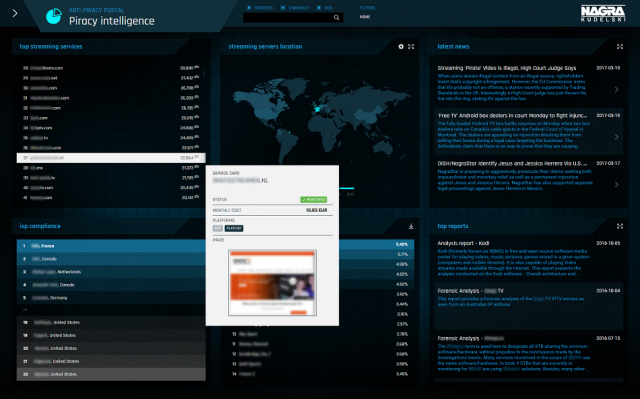 March 18, 2021 – The International Broadcaster Coalition Against Piracy (IBCAP) is continuing a coordinated attack on copyright pirates in North America, ensuring that unauthorized services and retailers are held responsible through massive judgments and that their platforms are shut down. Representing over 140 television channels from Europe, Brazil, the Middle East and South Asia, IBCAP, along with technical services provided by NAGRA, is proactively monitoring and identifying unauthorized video services, collecting evidence and assisting with legal actions.

Last week, a Federal Court in Texas awarded an IBCAP member $16,800,000 for willful copyright infringement, an injunction against the owner of the infringing websites, a transfer of 15 domains including freetvall.com, and an injunction extending to use of non-party service providers such as website hosts and Content Delivery Networks (CDNs).

The Texas judgment follows on the heels of a $2,100,000 judgment in Delaware Federal Court against a pirate service, East IPTV, for copyright infringement. An additional $600,000 was awarded against the CDN used by East IPTV to transmit IBCAP member channels. But it doesn’t end with the monetary judgements – registrars were ordered to transfer the service’s domains and any future domains used to infringe will also be disabled.  The East IPTV service has been shut down as a result of the court order.

These recent legal victories add to the string of over 20 successful lawsuits coordinated by IBCAP and filed by its members over the last five years. Judgments can include devastating monetary awards against pirates, and the distributors and retailers in their distribution chain. Recent examples include the $25,350,000 award against Shava and Cres IPTV, the $1,600,000 award against one of Shava’s New York based retailers, or the action against a retailer of pirate services in Florida that forced that retailer into bankruptcy and resulted in a $4,440,000 non-dischargeable judgment. In addition to the financial impact, at the core of almost all of these legal victories is a court ordered injunction extending to CDNs, Internet Service Providers (ISPs) and retailers that can entirely disable the pirate’s network.

Chris Kuelling, Executive Director of IBCAP, said “We will be relentless in working with our members to shut down these services. If the pirate services don’t comply, every legal measure available will be considered and used as necessary, including seeking monetary awards and broad injunctions extending to CDNs, ISPs, retailers and others.  Enforcement of judgments against retailers have resulted in these stores or individuals going bankrupt. To be clear, we won’t stop with only going after these ‘pirates,’ we will go after their ‘crew members’ who contribute to the process, such as retailers who are selling pirate services.”

Kuelling commented further, “Not only are they selling unauthorized channels, they are also deceiving customers. It’s like selling someone a faulty product. You pay $300 dollars or more for a set top box and then the unauthorized service gets shut down, and the consumer is left without their favorite channels and without any recourse to get their $300 dollars back. That’s why it’s also important for consumers to make informed decisions and make sure that they are buying from an authorized source who will be able to deliver a reliable service.”

In all of these cases NAGRA was instrumental in supporting IBCAP to identify the defendant targets and gather the evidence needed to coordinate and pursue legal action.

International Broadcast Coalition Against Piracy, Inc. is a coalition of leading International broadcasters and distributors representing over 140 television channels from Asia, Europe, the Middle East and South America. The non-profit organization proactively monitors and identifies unauthorized video services, collects evidence, and assists with legal actions and criminal investigations against organizations and individuals engaging in pirate activities. IBCAP coordinates with government agencies and law enforcement both in the US and abroad, reports suspected infringers to the appropriate authorities, initiates investigations, and promotes the prosecution of persons or companies who participate in the illegal distribution of its members’ video content. More information is available at www.IBCAP.org.